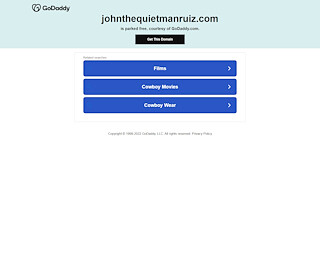 It's fitting that world heavyweight boxing champion John “The Quietman” Ruiz would want to give back to the community that has cheered him on through so many arduous fights. As a former professional boxer who has fought all over the world and won the global champion title twice, Ruiz is one of the foremost boxers in the public eye today and one of the few professional boxers of Puerto Rican descent. He was the first Latino to win the world title. After 18 years of fighting as a professional boxer, he recently retired in 2010 and has since founded a training gym and a charitable organization to give back to the community. Quietman LLC, Ruiz's company that operates his gym and his charity, is founded upon a mission to make boxing and other popular sports available to children who might otherwise be unable to afford to join in such activities. There's no question that this goal is a valuable one. In this day and age, children are engaged in sports in fewer and fewer numbers, to their own eventual harm. Sports are an important part of childhood development, and boxing, long one of the most famous sports in the nation and in the world, is one that has received little attention among amateur circles. Ruiz's organization is a much needed one, as many children enjoy boxing but can't get involved due to financial constraints and other obstacles. Many junior organizations exist to support other sports that are popular throughout the nation and the world, but boxing has received little of this positive attention. In fact, very few youth boxing and children's boxing clubs exist. Ruiz has made it his mission not simply to found one such club, but to found several, and to make the sport available to disadvantaged children with few other options for recreation. It's a courageous and valuable mission. As the world heavyweight boxing champion several times over, John Ruiz has the professional experience and knowledge needed to make boxing fun, valuable, engaging, and safe for the kids of America. Boxing is not a sport that just anyone can join in on. You need to make sure you know how to take the proper safety precautions to make the sport enjoyable. The inherent safety of boxing has often been called into question by experts, parents, and other athletes. But as Ruiz has shown through his years of professional fighting, the sport can be approached competently and soundly without presenting significant risk. This is because the proper safety equipment is worn, but in addition to this, training and prior experiences sparring in safe environments provide fighters the proper skills and competencies they need to avoid significant injury. Thanks to Ruiz's new organization, many more children will be able to gain these skills and stay safe while fighting. World Heavyweight Boxing Champion

Please note: Your privacy is very important to us. The information you provide here stays between you and us, and is for contact purposes only.

Please note: Your privacy is very important to us. The information you provide here stays between you and us, and is for contact purposes only.